Quito, the first city declared a World Heritage Site by UNESCO, is located in the Andes mountain range. The city is surrounded by twelve volcanoes, among them: Pichincha, Cotopaxi, Antisana, Cayambe, which make up a majestic Andean contour. The historic center of Quito is probably the largest in Latin America, not only because of its size but also because of the architectural monuments it contains. Thus, Quito offers you a variety of cultural, academic, recreational options, museums, bookstores and shows.

Discover the sights and lights of Quito at night with this night tour through its historic heart. Stroll through illuminated churches and emblematic sites such as the Basilica of the National Vote and the Plaza Grande. Hear urban legends and insights into the city´s cultural heritage that you might otherwise miss. Finish by admiring views of the glittering city from the hilltop lookout point of Mirador del Panecillo. 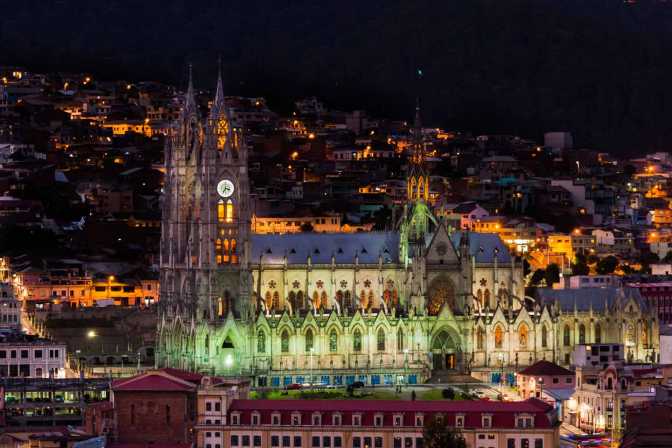 Neo-Gothic style religious building in the historic center of the city of Quito. Due to its dimensions and style, it is considered the largest neo-Gothic temple in America. The Basilica of the National Vote is the most important work of Ecuadorian neo-Gothic architecture and one of the most representative of the American continent, being in turn the largest in the land of the new world. Due to its structure and style, it is compared to two of the great cathedrals in the world: Saint Patrick's Cathedral (New York) and Notre Dame Cathedral (Paris). 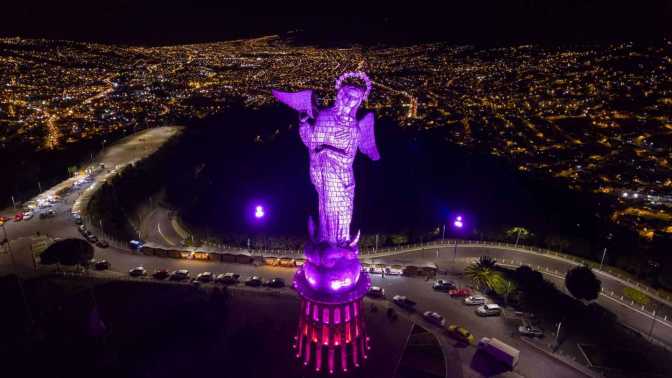 El Panecillo is a natural elevation of 3,000 meters above sea level, it was baptized with this name because of its resemblance to a small bread; It is located in the very heart of the city of Quito. It is one of the most visited sites in the city. Due to its location, it has become the most important natural viewpoint of the city, from which you can appreciate the urban layout of the capital, from its historic center and towards the north and south ends. 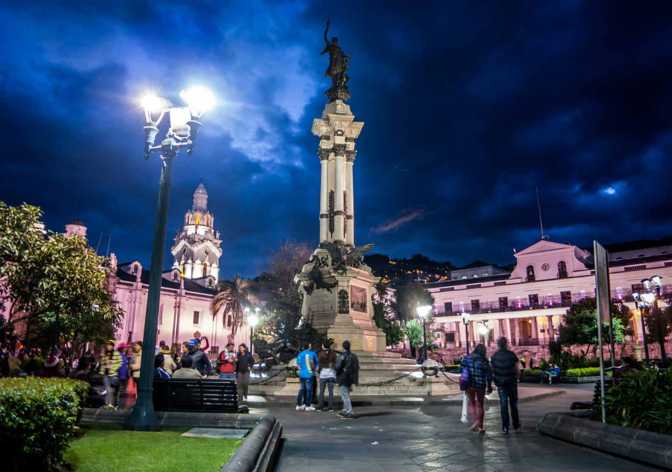 It is the heart of the historic center of Quito, and a historical space where a series of events of vital political importance in Ecuador have arisen and, to this day, it is constituted as a social meeting space for the people who live in the city. 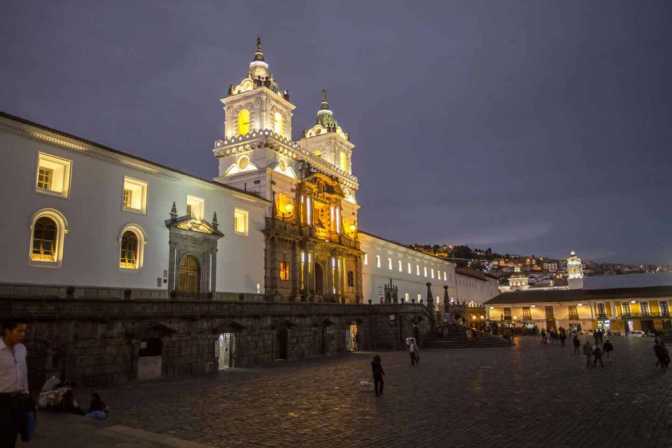 Located in the historic center, dominated by the imposing façade of the Church and Convent of San Francisco, from which it takes its name, settling in one of the most representative urban settings of the city since colonial times, when its central fountain supplied water to the neighbors for centuries. It has functioned as a popular market, a space for military and political concentrations, and as a place for social gatherings and recreation.

x
×
×
At night Down Town Quito 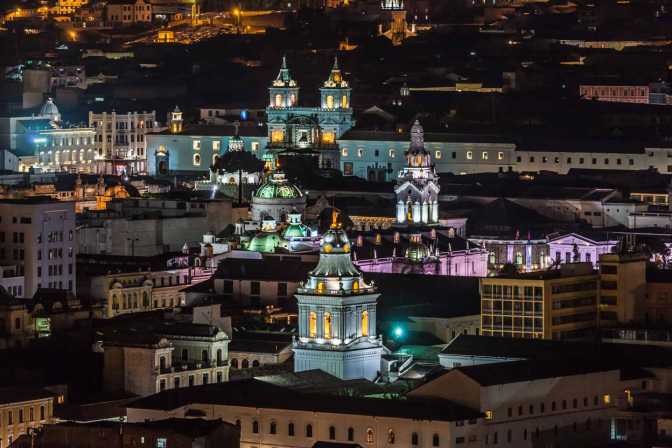 Starting the night, we leave the Hotel towards the historic center where we will visit several churches, we will arrive at the Basilica to take photos and learn about its history, in the streets of the historic center we will tell well-known and interesting urban legends until we reach the main square, then we will go to the Plaza de San Francisco, finally we will visit the Panecillo and its amazing view that it has, after an adventurous tour we will go back to the historic center where we will have a dinner with typical food in a restaurant. We will return to the starting point after a great night crossing.

You must be warm, bring a sweater, scarf, gloves, camera or your cell phone to take some photos and umbrella, in case it rains.

It´s importance to dress warmly since the city is very cold at night, the umbrella and the sweater must be used and carried in case it rains.

Only logged in customers who have purchased this tour may leave a review.